10 Best Hacking Apps Hackers Use To Breach Your Privacy

Hacking apps have been in the market for quite some time now. You can easily find multiple apps across iOS and Android platforms for hacking. These apps easily let you crack WiFi passwords, install a backdoor, map networks, snip targets, and much more.

Hackers are always one step ahead of your most secured system. They can burst into your system and make it look obsolete. They can misuse your personal information and sometimes use it for their benefit. In this post, we will be sharing 10 of the most famous apps that hackers use to intrude on your privacy. So without any further ado, let us start with the list.

AndoRat stands for Android and Remote Access Tool. Used on Android devices, this app lets a hacker remotely control almost everything on an infected device like contacts access, call logs, and location. Some of the notable features of the app include,

The next application on the list is zANTI. It is one of the best hacking apps for Android devices. It uses network scans and also identifies the vulnerability of every given target. Apart from this, zANTI can mirror the methods of a cyber-attacker and identify the loopholes in security over a given network. Some of the prime features of the app include,

FaceNiff is tailor-made for those who are looking to sniff around social media. FaceNiff uses cookies from a WiFi network to intrude in the web sessions and get unauthorized access to other people’s accounts. Sniffing lets hackers control social media platforms like Facebook, Twitter, Instagram, etc. Some of the exciting features of the app include,

DroidBox is perhaps among the most popular hacking apps mentioned on this list. Hackers use this app to generate hashes for the analyzed device, intercept incoming/outgoing network data of the infected data, write operations, read files, and also leak information with the help of network files. Some of the salient features of the app include,

Next on the list is Kali Linux NetHunter. It is widely used when you wish to enter the testing platforms for Linux devices. It is a highly praised hacking app ranked among the top 10 hacking apps for Android built for penetrating Linux devices. Some of the essential features of the app include,

Another Android supported app on the list Network Mapper is among the best mobile hacking apps. The app is among the most liked hacking apps traffic sniffers, security experts, and hackers. Some of the prominent features of the app include,

iWeb Pro is a dedicated hacking app for the iOS platform. It is among the must-have hacking tools for hackers who are into reverse engineering and dynamic analysis of iOS applications. Some of the salient features of the app are,

Developed by the security researcher and GitHub user GeoSn0w, the Myriam iOS app is among the best-suited apps for iOS hackers. Even if you are an amateur at hacking iOS devices, this app will help a lot in learning. Some of the extensive features of the app are,

The app is a highly rated one for iOS users and has been used by many security professionals over the year. It is perfect for scanning and observing messages and other social media activities. Some of the notable features of the Cocospy hacking app include,

Spybubble allows you to track SMS, social media applications, GPS, and much more with ease. With Spybubble, there is no need to jailbreak your device or root it and comes with 100% detection proof. Some of the essential features of the app include,

The segment is completed here with a list of best hacking apps for hackers. If you are a budding ethical hacker, try any of these applications and share your experience in the comments section. 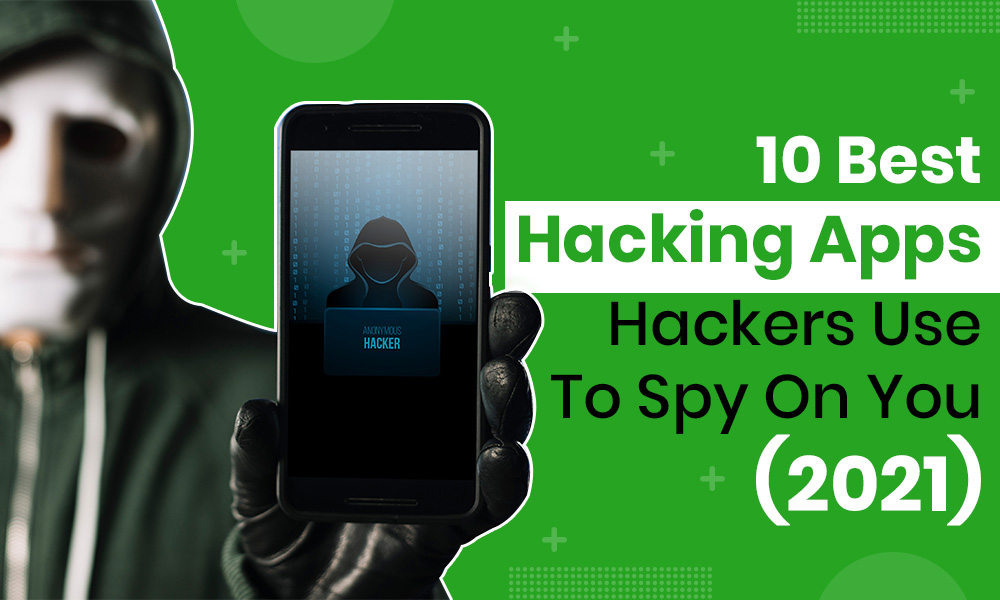