Amazon And Twitch Partner To Allow Fans Engage With Artists

Famous musician Plato once said, “Music gives a soul to the universe, wings to the mind, flight to the imagination and life to everything.”  Taking his words one step ahead, Amazon Music and Twitch on Tuesday announced that they are going to team up and bring live streaming to the on-demand music platform.

This collaboration is expected to do wonders as fans can easily get engaged with artists via Livestream and can also record tracks. The feature will be available for both iOS and Android platforms.

“The combination of live streaming, coupled with the on-demand playback of songs on Amazon Music, is groundbreaking,” Amazon Music director Ryan Redington said in the release. “We’re providing artists with more tools to instantly engage with fans, and this new feature couldn’t arrive at a more crucial time in the industry. More than 1,000 artists have already connected their Amazon Music accounts to Twitch, and this is just day one. Together with Twitch, we’re making it possible for artists across all genres, at all moments of their careers, to harness the social power of live streaming to create more engagement with their recorded catalog.”

This feature will help in filling the void left by the cancellation of in-person events that are limited courtesy the global pandemic. With this collaboration, artists will be establishing a real-time connection with their fans who are already following them Amazon Music. This would be a different experience altogether for both fans and the artists.

Tracy Chan, the vice-president and head of music at Twitch said, “Twitch has always been about connecting amazingly talented creators live with fans everywhere, t hat’s why we’re excited to announce the next phase of our ongoing partnership with Amazon Music that unlocks an entirely new world of live music experiences and engagement by connecting Twitch live streams and Amazon’s catalog of recorded music. Especially now, in a time when traditional venues are closed and tours have been canceled, musicians are looking for new ways to continue creating, connect with fans, and build community” 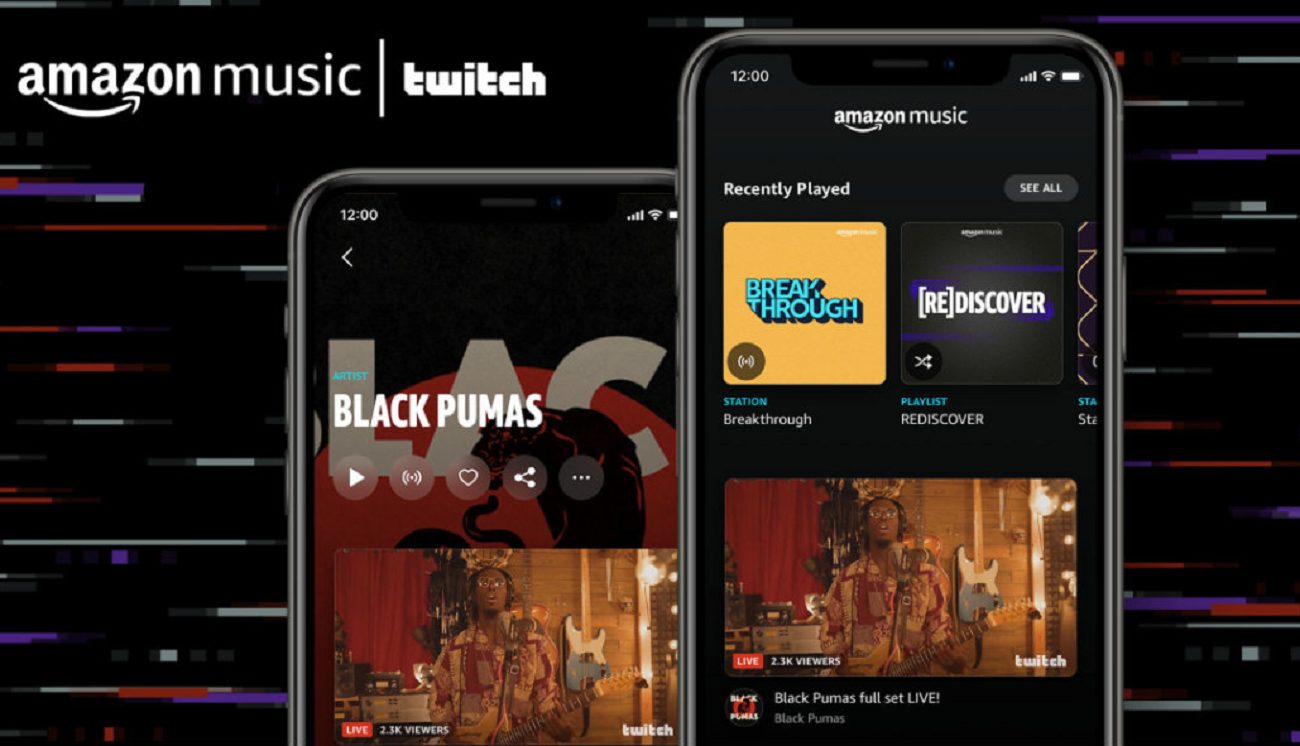 Amazon Music is an online music streaming platform included with your Amazon Prime Membership with no additional charge. The Prime members can stream 2 million songs including thousand of stations and top playlists all ad-free.

From mobile to PCs, Amazon Prime is available on 7 different platforms and has expanded its reach in more than 45 countries globally. As of January 2020, Amazon Music had 55 million listeners.

Twitch is one of the leading live streaming platform in the world and a subsidiary of Amazon. It was launched in 2011 and has always looked forward to creating multiplayer entertainment: live, unique, and unpredictable experiences created by the interactions of millions. As of May 2018, Twitch had 2.2 million broadcasters monthly and 15 million daily active users along with more than 27,000 partner channels.

Both Amazon Music and Twitch are committed to look out for new and improved ways to help artists engage with their fans and this looks like one step in the right direction. Twitch is owned by Amazon and this collaboration was assured to hit the market at some point in time. Twitch has been connecting creators and fans through live streaming for some time now and Amazon Music has worked extensively to help them utilize live streaming to connect deeply.

Twitch and Amazon Have Raised Funds For COVID-19

Year 2020 has been horrendous. The global outrage took many human lives and there are no exact numbers of how many people are still reeling with the wrath of COVID-19.

Twitch and Amazon Music have worked together in raising millions of relief funds for all those who have suffered due to coronavirus. They worked with artists across all genres to support and produce live streams including Twitch StreamAid, Willie Nelson’s Luck Reunion, and more.

Suggested: Apple And Google Remove Fortnite From The App Stores

Many Artists Are On Offer

In the first week of September, fans can get elated as there are many artists on offer spanning different genres who are all set to take advantage of this feature, including

The collaboration of Amazon Music and Twitch is assured to give fans live streaming with on-demand listening. Amid the global pandemic, this is perhaps the best foot forward to engage fans with their favorite artists in an unbelievable manner.