Whenever we talk about the best operating system, the two names that come in every mind are Android and iOS. It is hard to select the best one from these two. But when we see the worldwide user base of iOS and Android, we find that Android is leading the chart with having more than 2 billion active users and around 1.5 billion downloads every month.

Android is the best platform to develop customized mobile apps and by 2022, it has 87% of market share. Not only in the smartphone market, but also ready to take over tablets, PCs, smartwatches, home appliances, and others. Now, most of the developers prefer developing android apps because of its massive global support community.

Here in this blog, we are going to deep dive into the best android app development frameworks of 2020. 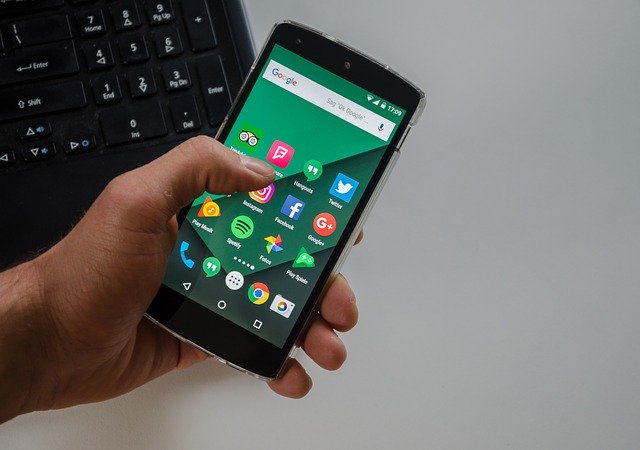 Ionic is an MIT-certified, free, and open-source platform for developers to use popular web technology such as HTML5, CSS3, and JavaScript. It is appropriate for developers who want to create interactive and hybrid mobile applications. This is the world’s most developer-friendly platform and has a wealth of tools for building high-quality mobile/desktop/ PWAs out of a single codebase.

It is Google’s free and open-source mobile user interface SDK platform for creating applications particularly compared with other frameworks. Considered best for developing hybrid apps, it uses a single codebase and enables developers to test, conduct UI, unit, and functionality tests without errors. The hot reload functionality is used for continuous monitoring without rebooting. Certain features include a screen reader, quicker development process, rapid rendering and Android and iOS themes.

React Native is one of the most widely used open-source android app development frameworks and is voted as the 3rd most wanted framework in a recent survey of more than 90000 developers. Developers say it simplifies and accelerates custom app growth. The interface components and APIs on the native platform are integrated to create a natural and efficient look and feel. It addresses issues including discrepancies in codebases, mandatory programming, and the iteration time thus simplifying custom code reusability.

Suggested- Which One Requires First – Mobile App Vs Website?

Xamarin is one of the Ecma standard cross-platforms and Android development frameworks that feature a .NET framework with a variety of compatible software toolsets. It also enables developers with a single C # codebase that is available in almost every key mobile operating system for the generations of native applications.

Xamarin is one of the best Android app development frameworks because it is shared with multiple platforms. The application logic that is essential to the user interface layer is only encoded once in C # for Web services calls, input validation, and interaction with the database, saving the development effort.

This is a cross-platform framework for the development of mobile and web applications based on HTML5. It promises a highly responsive smartphone, tablet, and desktop applications. The jQuery mobile constructor offers extra assistance with a custom JS file and a design-only style sheet. Webpages are streamlined, user-friendly, and customizable using plugins such as pop-up boxes, slider icons, and content sliders.

If you are interested in speeding up your app development process, Native Script SDK is another excellent choice for hybrid applications. It supports developers to build mobile applications using Angular, Vue.js, TypeScript, and JavaScript, when sharing app code across platforms. Developers who want to build multi-platform apps in a little time and at a lower cost should go to NativeScript. It also offers easy entry and reuse of CocoaPods and Android SDKs to the iOS and Android APIs.

This cross-platform development framework is free to create apps and games for a single code basis for mobile, desktop, and TV devices. The Lua application leverages a wide range of plugins and extensions with over 1000 built-in APIs, making your development experience more convenient. It helps you to see changes in the simulator immediately and can move very fast.

Appcelerator Titanium SDK is one of the best Android app development frameworks that allow producing native apps without the need to learn Java or Objective C with web technologies such as HTML, JavaScript, and CSS. Apps created by this framework show an equal performance for applications that are written using native API and support operating systems such as Android, HTML5, Universal Windows, and Blackberry with one codebase of JavaScript.

Dojo Mobile is an HTML5 platform that makes you able to create web-based iPhone, Blackberry, and Android applications with countless widgets. Those widgets are best used with browsers based on WebKit, like Safari, Chrome, and IE10, depending on CSS3 capabilities, according to the top mobile app designers. They are also known. However, also in non-CSS3-based browsers, the controls will be used in a “graceful” way where you should be able to perform the device without access to effects such as animation and color gradient.

It’s one of the leading Android app development frameworks of 2020 implementations, and the explanation for this comparison is a massive dataset, to be reached in time. Sencha Touch is one of Android’s most sophisticated frameworks and libraries for universal mobile device development. It contributes to a complex strategy of hardware acceleration that helps achieve high performance. This software is filled with over 50 built-in UI native components and themes, which help to build eye-catching applications.

The above-discussed are top 10 android app development frameworks, widely used by android developers across various industries. With the use of these frameworks, you can easily develop an android app at less time and cost. But always keep in mind that every project has different requirements likely to be accomplished by a specific framework. Make sure you select the best one to enhance your app development experience.