The latest project released by Google’s internal incubator; Area 120 brings new interest in forming short video and it also focuses on the DIY area. So, recently the company launches its short video making platform named Tangi. This platform only available for web and iOS, which allows users to create short type of videos as well as videos can also be shared with friends and family. This short video app only focuses on creative subjects like painting, fashion, cooking, crafting, beauty, and many more. The other short video apps like TikTok and recently launched Byte only focus on Entertainment, but Tangi helps people to learn some creativity and show it through the app.

In a recent interview, the founder of the Tangi app Coco Mao says that the app only focuses on creative content and DIY. The goal of launching this platform is to help people in learning creativity with short videos. The design of the Tangi is so easy that users can easily find high-quality videos. Mao also added that she gets the idea of developing the Tangi app when she goes to visit her parent’s home in Shanghai, where their parents were watching these types of videos on their smartphone even when they don’t like Smartphones. But such videos help her in increasing its creative knowledge and with the help of these videos she learned those things very quickly, Mao added. 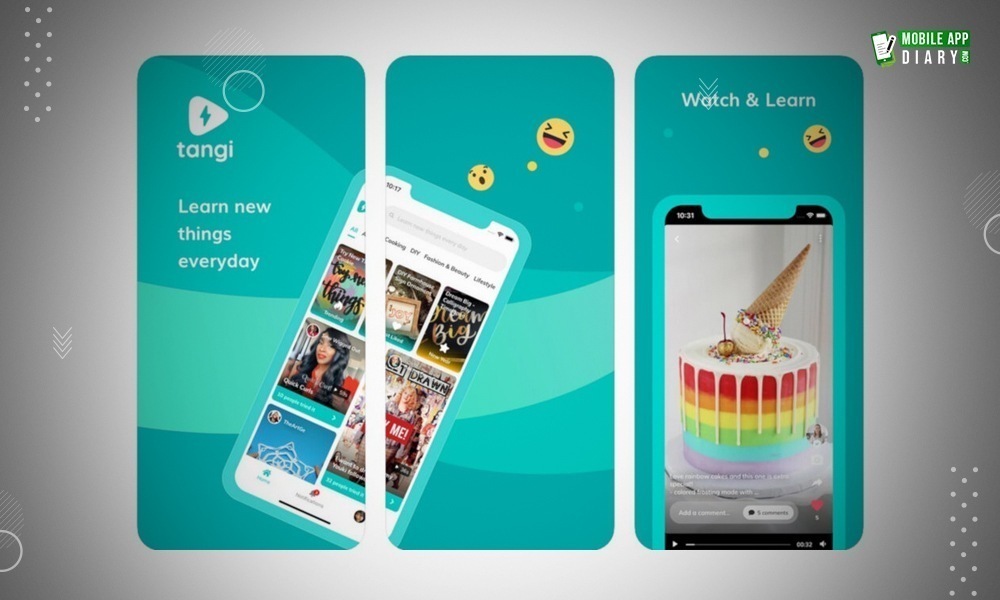 Tangi’s concept of vertical videos is one-minute long and on average its around 45 seconds. So, with such short videos, users don’t require to watch long videos on YouTube to learn something. Instead of that users are able to learn creative tricks in a short time with the help of short videos available in Tangi. One another feature that makes it different from other short video apps is Try it feature, which allows users to make their own short videos by uploading images of their re-creation of the video and through this, they are able to interact with large community members.

If the creator is not able to display each and every step, then he might leave the recipe in the comment section and it is also easy to follow the recipe than using the long videos on other sites. This is because there is no add between it. Due to all these features, the Tangi app is being used by lots of creators including lifestyle bloggers and DIY. Some of the big name is Holly Grace, picture artist Rachel Faye Carter, cooking and DIYer Jonathan Blogs and many others.

Like other short video apps, uploading video in Tangi is not available for everyone as before creating videos on Tangi you need to register yourself to ensure the purpose of making videos remains to creativity. At its release, it is free to download and available everywhere. It is also ad-free and being monetized in various other ways.