How Mobile App Industries get impacted due to Coronavirus Outbreak

Coronavirus- If you haven’t heard this word till now, then you are living under a rock at the bottom of the Mariana Trench. The pandemic has infected more than one million people globally and destroyed many lives. This comes as no surprise that a huge drop has endured the world economy. Standard Chartered predicts that the economy could suffer a knock as gigantic as 42 percent.

Ok, if we change it to particular sectors, we’re going to get varying numbers but one thing is certain- Covid-19 has had a resounding impact on each sector. We’ll narrow things down to the smartphone device industry here.

Mobile apps affect influencing our lives so what happens when you can’t access many of them all of a sudden? This causes a negative outcome, but it also results in something more.

Although policymakers around the world are realizing sudden consequences of lockdowns, this has somehow improved consumer interaction with smartphones. Words such as ‘quarantine,’ ‘social distancing’ and ‘isolation’ have become trends globally, as people across the globe use virtual media to communicate with each other for all the right reasons. Here, you’ll get important insights of how Coronavirus outbreak rocked the entire mobile app industry: 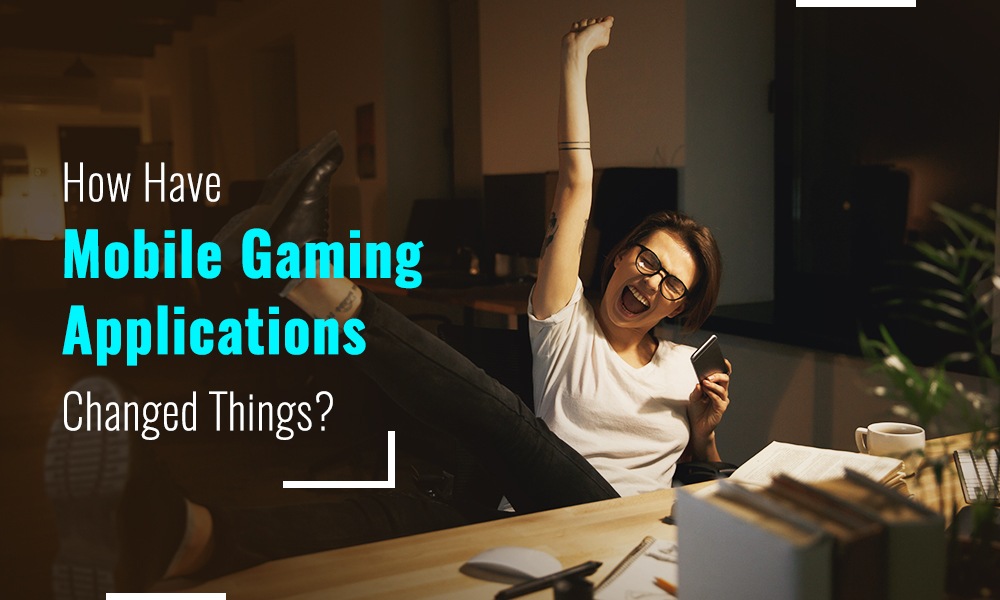 Since lockdown implies long hours of spending in homes and prohibition from going outside, people have begun to search for ways to combat boredom and make good use of time. Since the root of the novel coronavirus came from China, people reached the process of quarantine very early. In reality, there was a massive download of 22 million smartphone gaming applications from China in the App Store during the first week of February, when the challenge could only be felt by the Chinese. In February, only the overall update speeds rose 40 percent relative to Feb 2019.

Some WinZO gaming portals that host a range of games like baseball, carrom, bubble shooter, etc. have seen a spike in traffic of 30 percent. As co-founder Saumya Singh Rathore noted, game players took part and spent an average time fired by ‘almost 3x, reaching an all-time high.’ It also encourages people to access their website for free, which the firm is doing for the first time.

Another famous site, the Mobile Premier League (MPL) is on a roll as the daily user count for the season, the World Cricket Championship (WCC), rose by 400 percent from March 2 to March 18.

All of this inspired higher market prospects as it caught investors’ interest. 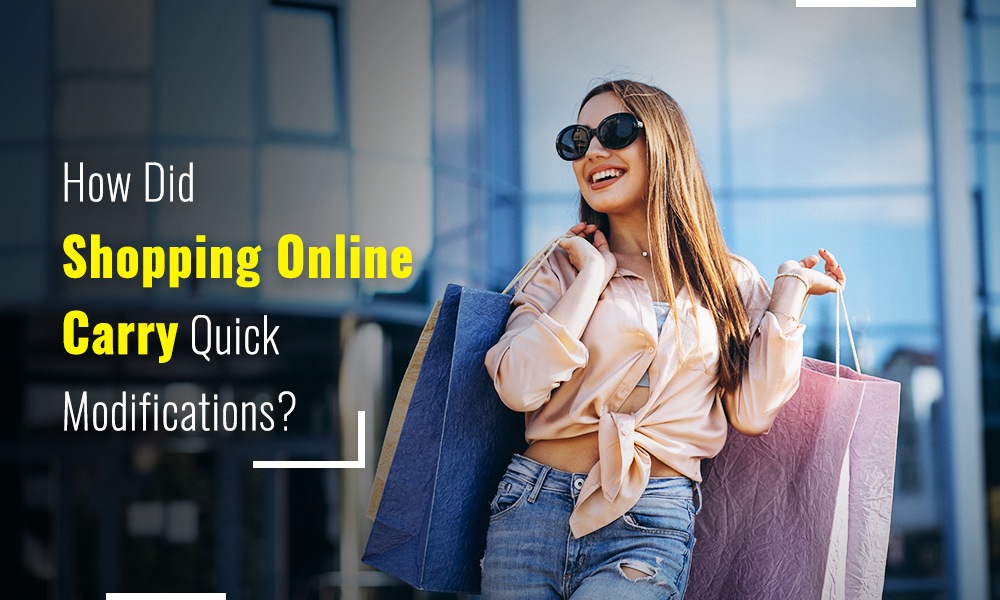 The demand for health-care and lifestyle services has grown for online retail brands like Amazon. After the epidemic, yoga mats, workout equipment, helmets, gloves, and the like have been in high demand. That is only one part of it, though. The situation that is disturbing for the E-Commerce giant is that the Covid-19 has been checked favorably by workers employed in its warehouses. This led CEO Jeff Bezos to order the closure of high-demand and health-care warehouses outside of those products.

As brick and mortar stores shutting down, people flocked online to get their shopping needs met. But at the same time, the people that are vendors to Amazon are certain supermarket stores. The e-commerce giant has reportedly stopped exports of non-essential goods and is pursuing the best market practices.  After the epidemic, 22 percent of marketplace retailers re-strategize their intentions to do business. The distinction is that every one of the 304 companies surveyed has a different course of action. Others give the goods to eBay; others do it from their blogs, software, or other means. The latter took the other direction as on each sale they don’t have to pay Amazon a commission fee and can reap a larger profit margin.

In the above picture, it indicates that vendors and merchants have addressed questions concerning the effect of coronavirus on their companies. 47 percent agreed that the financial effect would be there and the sales would go down. Although a substantial majority is being cynical and considering deciding about something is too early.

How are Applications impacting Restaurants and Food Delivery? 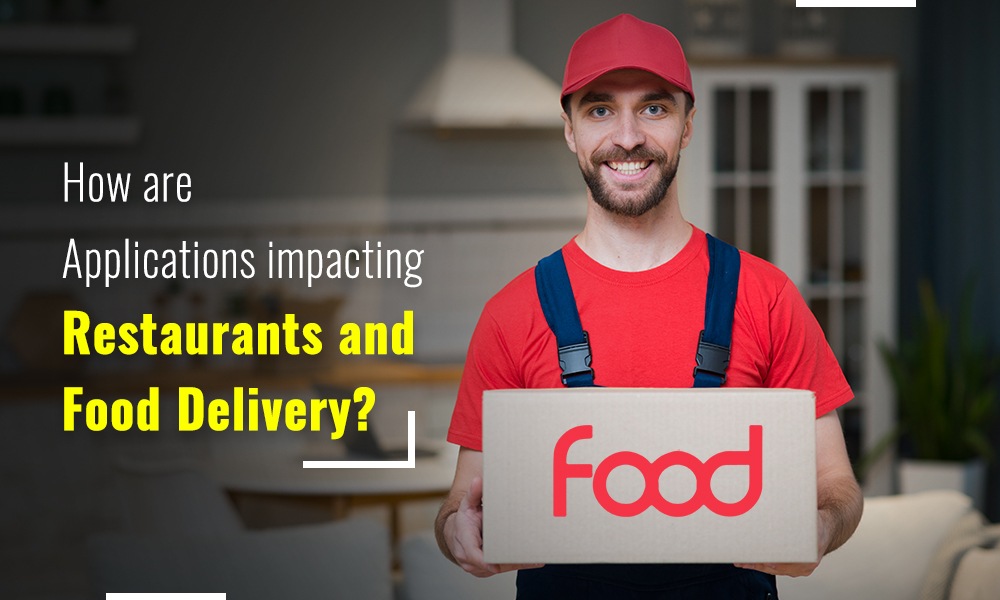 Another sector that has been affected is the online grocery distribution market. The firms have increased their rates after demands soared. This has also resulted in higher expectations of food distribution and ensures that the ordered food arrives at a later time than normal. Moreover, restaurants faced a lack of workers due to the pandemic.

There are several food-tech applications like Uber Eats which have brought about a shift in their operating style. The business has withdrawn paying delivery fees from local US and Canadian restaurants, as reported by Forbes. GrubHub has made a power-packed move where restaurants and distribution companies don’t receive commission fees. Though limited, the mobile app development company estimates this would generate $100 million in economic relief.

How do the Grocery Delivery apps experience rapid growth in business? 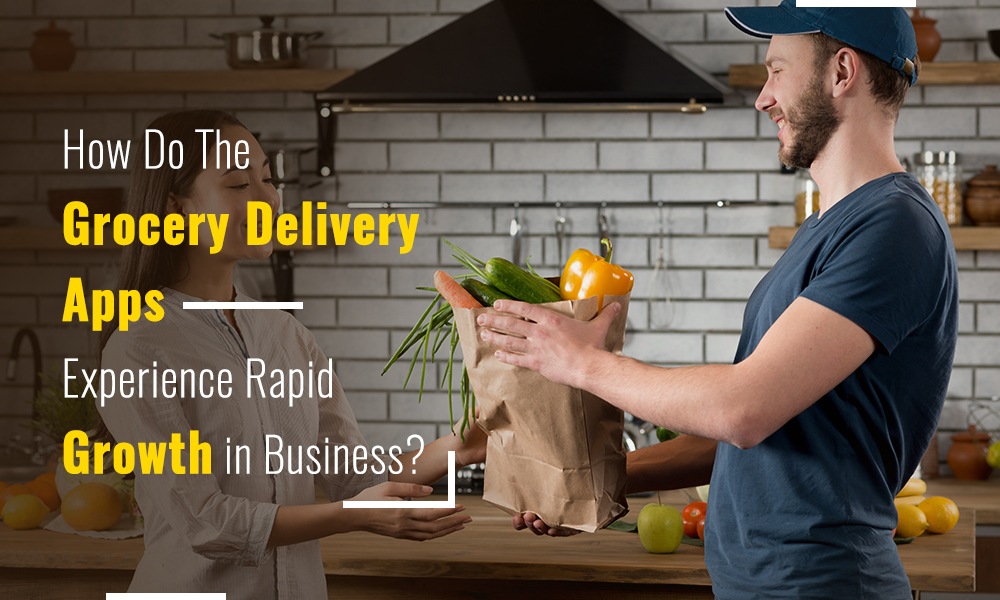 Some win when a financial crisis hits, and some suffer the most. Grocery firms have been seeing an extraordinary increase in revenue. Here are several monumental estimates, observed after the outbreak of Covid-19. Downloads for Instacart, Walmart Grocery, and Shipt rose by 216 percent, 160 percent, and 124 percent. The food divisions were greatly leveraged by their smartphone devices, which made shopping during these difficult times convenient for customers.

The darker side of this is that people indulge in mass hoarding of ordinary objects. Although people engage in a collective hoarding of food products that cause a massive disparity among people, retail stores run out of stock several times. Although this is attributed to the spread of fear that all retail shops and devices will be shut down; it is a hoax. These practices have been registered not only in the US but also in countries such as India, UK, Australia, and several other countries. But the fact is that food delivery apps work diligently to ensure residents get their services on time.

Although many smartphone apps are facing a recession and some experience rapid growth, everyone hopes the pandemic will clear the air for regular business routines to pursue. The trick here is to stay healthy and follow instructions until the disease dies. Many smartphone apps have taken on the role of helping you manage your fitness and safety to ensure your fitness.

How To Make A Mobile Application At Low Cost? 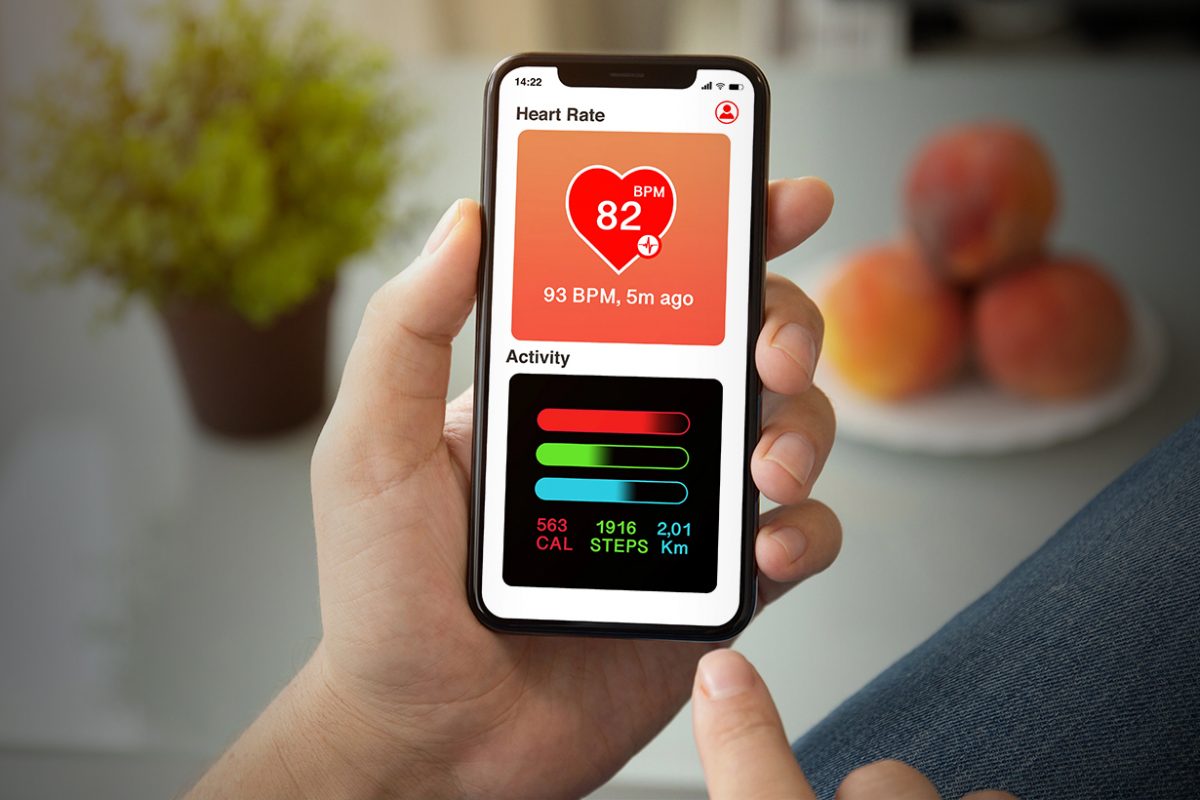 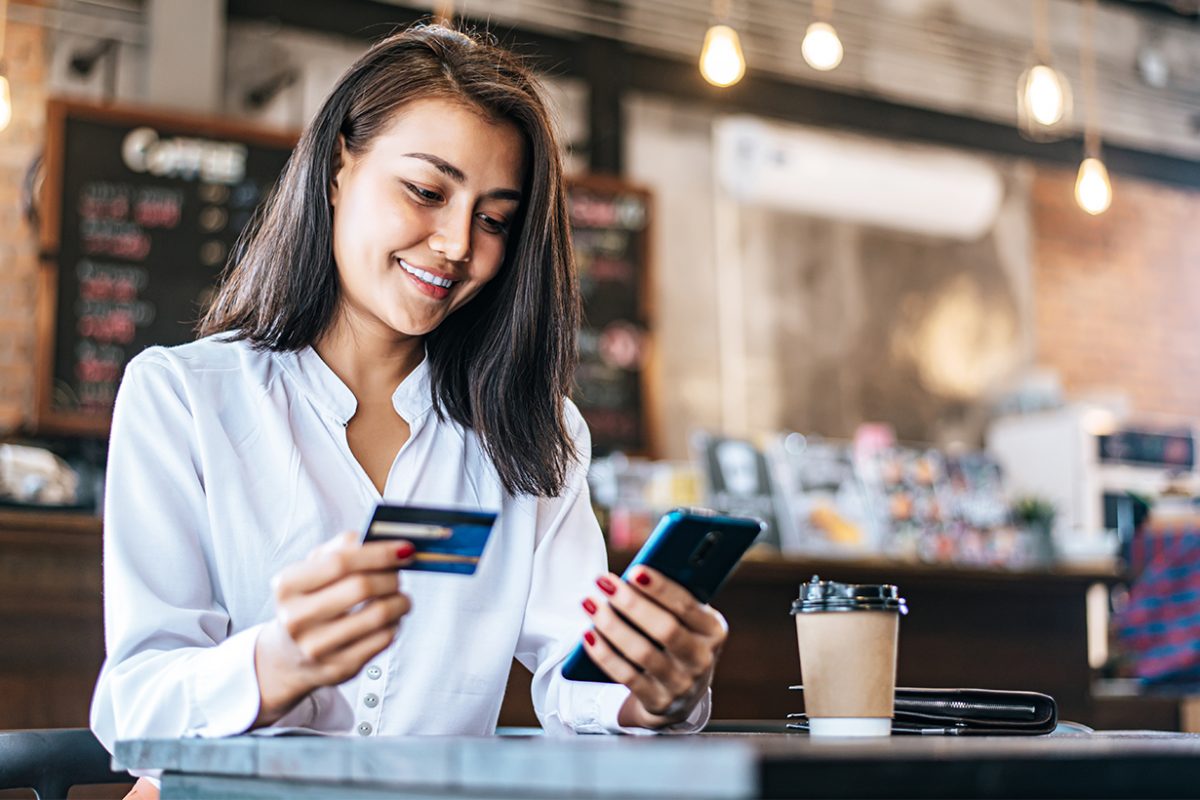 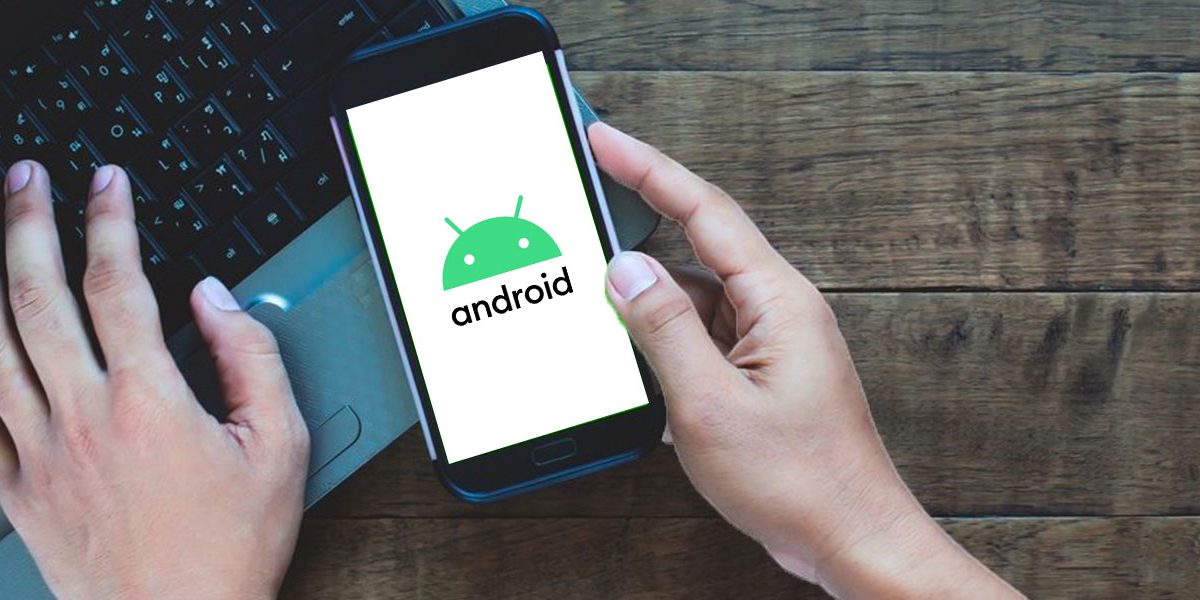 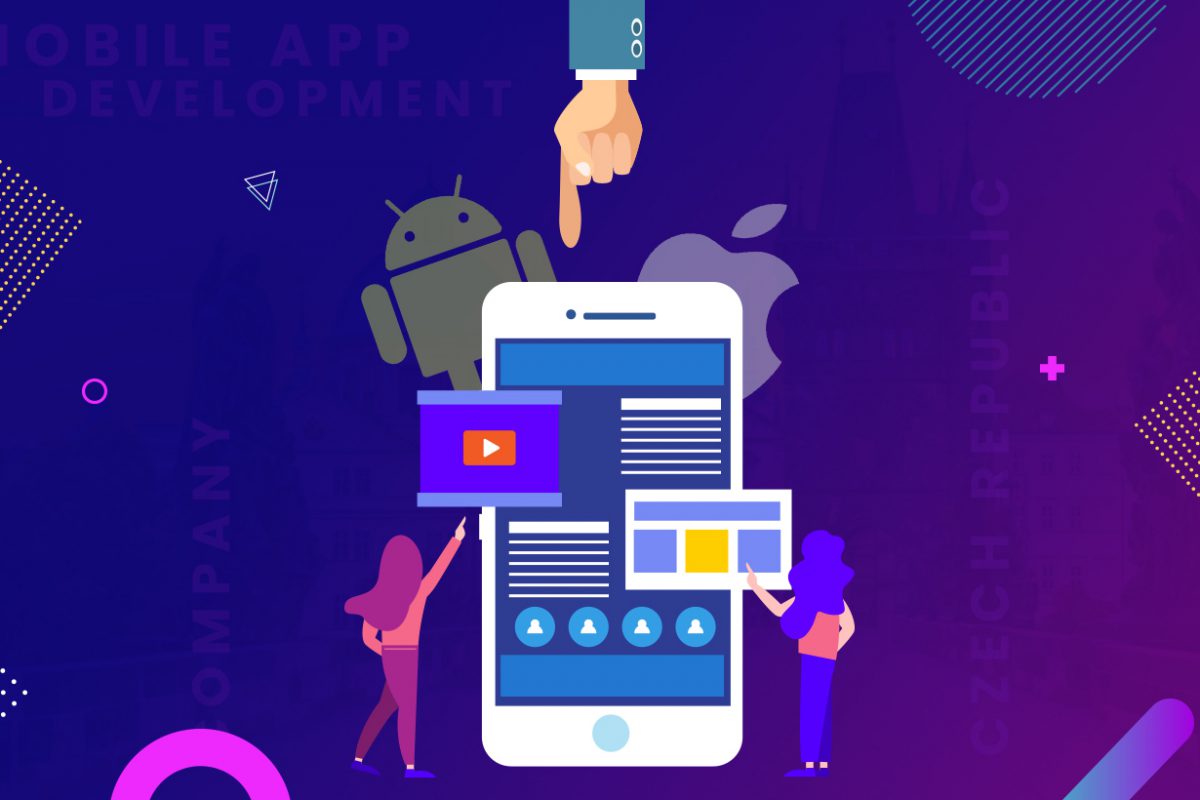