We came a long way when it comes to listening to music. Back in the days, when we had no idea what a smartphone is, we used to spend endless hours sitting right next to a radio or a jukebox. But, times have changed now, its 2019 we are living in, now it doesn’t matter whether we are working or chilling, there’s always music playing in our ears. All that credit goes to our smartphone and music apps.

There is thousands of music streaming apps available in the market that are known for reaching out to a wider audience and reaping out maximum benefits both in terms of revenue and popularity.

It doesn’t matter whether these music services are available in your country or not what matters the most is that all of them have gained a huge momentum in global music streaming market.

To be more specific, today, we’ll be diving deep into the concept and development cost of SoundCloud which is said to be the Goat in market when it comes to streaming songs from underground and mainstream artists from all around the world.

SoundCloud: The Music Streaming God among US

Started back in 2007, SoundCloud is a music streaming and distributing service. The app is being used quite extensively by independent producers to promote their tracks. Artist like Post Malone is hands down one of the best examples of such artists.

SoundCloud was also listed as one of the largest music streaming platforms with 1B monthly users and 10M music creators globally. It just doesn’t mean that the app is popular, but is proven to be a great idea to enter the music streaming market.

Ever since the app development industry boom, investors and businesses are planning on making an app like SoundCloud. For which they need its app development cost, which we’ll discuss later in this article. But until then, let’s know more about SoundCloud, because the more you know the better the app you are going to end up with.

Also Read: How Much Does It Cost To Make A Mobile App Like Robinhood?

How SoundCloud is better than any Other Music Streaming Service?

There is various music streaming platforms available that let users listen to their favorite genre. But, only a handful amongst them let artists upload their productions.
Well, SoundCloud is one of them. Not only it let music labels to drop latest jams but underground artists and independent producers can upload their songs and get the exposure they always needed.

2. Ultimate Destination for All Songs and Genre

Being a music social media platform, SoundCloud also introduced relevant features for making a community of music enthusiasts. That ‘s not it, the app offers the option of posting and reposting content, adding comments, and more – that helped both users and artists get fame and enjoy social interactivity.

It lets you look for artists, genres, podcasts, albums, and what not.

Make SoundCloud your own by creating a custom playlist by putting the stuff you like the most.

If you are an artist, feel free to upload your creations without any hassle. You can do that in a private/public community.

This feature is a must. It lets you play whatever the audio you desire to listen.

This is hands down one of the best parts of SoundCloud. With this feature you can comment on particular time stamps.

This probably is one of the top features of SoundCloud that makes the app different from the crowd. It lets app users repost their content to their followers, something that we do on Twitter and Instagram. 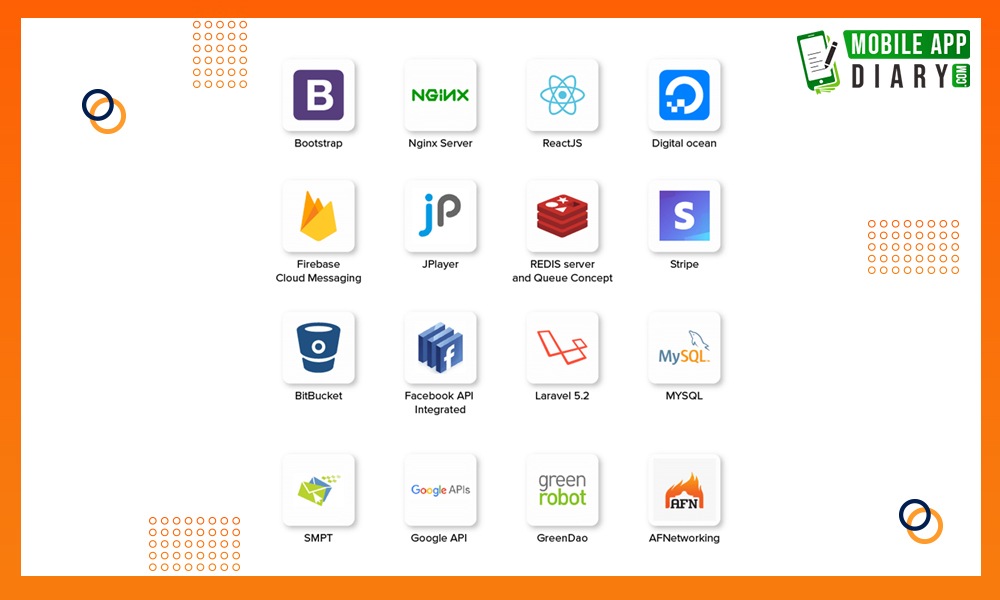 How much does it Cost to Make SoundCloud Like App?

Considering all the components, features, technologies, and functionalities that we mentioned above, the cost of making an app like SoundCloud would cost you in between the amount of $10000 to $15000. Now, we know that most of you must be wondering, how we came up with this digit. And we, being a reliable app development company have enlisted some of the major factors that influence an app development process.

Calculating the time invested into the app development process is one of the best ways to predict the costing. As per our experience in this industry, below is s1omewhat of a basic idea of how much time does it take to develop a mobile application.

A country’s economic stability plays a major role in determining an app’s development cost. Now, let’s have a look at the average cost of mobile app development in various countries.