Mobile tech giant Apple has finally resolved an issue that was due to be addressed from the month of June. The iPhone 11 owners were witnessing a worrying problem wherein their phone display saw an unusual green tint seconds after unlocking the phone.

This problem was encountered ever since Apple released its last update i.e. iOS 13.4. The issue remained unaddressed until the release of 13.6.1. The users first reported this issue on Reddit and MacRumors.

What Is The Green Tint?

The green tint is a mist type of thing that appears on the entire screen seconds after the phone is unlocked. Not only in iPhone 11, but other variants like iPhone 11 Pro, 11 Pro Max, and even iPhone X all are prone to the same.

The only relief for the users as of now is that it isn’t permanent and disappears shortly after an unlock. There are some users who are experiencing this issue when the screen brightness is at its lowest or the Dark Mode is enabled.

Apple didn’t go much into details as to what caused the green tint to occur, but the 13.6.1 version which has resolved the issue describes the problem as, “Fixes a thermal management issue that caused some displays to exhibit a green tint.”

The depth of the problem was paled every now and then by Apple as they were unsure whether it is a hardware or software issue. One user of MacRumors even replaced his iPhone’s display, but the green tint was still here. This clearly suggests that the problem persisting is due to software. 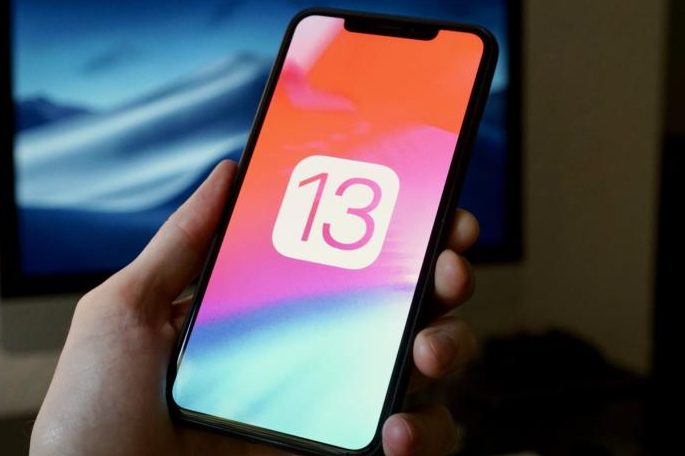 It is expected that the 13.6.1 update will be one of the last before Apple releases iOS 14. There are several other bugs this version has come across and fixed which include,

The iOS 13.6.1 update has come within a month of the release of iOS 13.6 along with a setting to enable automatic update downloads on a Wi-Fi network. There is a new update in the health app as well where a new category called “symptoms” is making its maiden appearance, and there is more with support for digital car keys.

It is assumed that iOS 13.6.1 is one of the last updates Apple has to offer in the iOS 13 version. They are heading towards iOS 14 and they have already launched beta testing iOS 14 which is now available for download.

Let us have an early look at what’s coming in the fall from widgets to App clips and more. The public beta version of iOS 14 includes redefined customizations for the home-screen, picture-in-picture video, a new Siri interface, better widgets, and a new way to organize your apps.

The final version of iOS 14 is expected to release along with the rumored iPhone 12. Here, I am sharing the hands-on experience which has been encountered while using the beta version of iOS 14.

Suggested: Tussle Between Microsoft And Apple Over App Store Policies And Cloud Gaming

There Are Some Changes In The Home-Screen: The first impression of the home screen is no different. However, when I swipe to the right, there is a page called ‘App Library’, which organizes all the apps in one place.

Widgets Can Find A Place On The Home Screen Now: In iOS 13, the widgets showed up in the Today View page which was on the left of the home screen. But with iOS 14, you can directly pin widgets on your home screen. To do so, you just need to long-press n the screen, tap the plus button and the widget gallery pops up.

The Widget And Smart Stack: Widget stack is perhaps the best customizations on the home screen. You just have to drag one widget over the other to create a stack. Once the stack is formed, you can swipe up and down to view the widgets in the stack.

App Ages Can Be Hidden: With this new feature, one can easily hide those apps which are used infrequently. To access the hidden page where the hidden apps are located, you just need the app to be searched via Siri or the App Library.

Picture-in-Picture Finally for iPhone: The picture-in-picture video feature has finally arrived on the iPhone. This feature was prominent on the iPad for a number of years. It is more like picture-in-home-screen video, or picture-in-different-apps video.

These are some of the many other customizations which got witnessed in the beta version of iOS 14. There is still time for the iPhone to jump to iOS 14, but with the features mentioned above, one can sense how big iOS 14 is going to be.

Previous Post Apple And Google Remove Fortnite From The App Stores
Next Post Interview with Jamie Shostak, Co-Founder of Appetiser