Motorola Rumored To Launch Yet Another Foldable Phone On September 9

Motorola Rumored To Launch Yet Another Foldable Phone

Looks like Motorola is all set to launch the successor of Motorola Razr as the company has sent invites for a media event scheduled on September 9.

Emphasizing the tagline “getting ready to flip the smartphone experience once again”, the Lenovo-owned company look all set to launch their first 5G handset with Moto Razr 2.

After a debacle Motorola had to face last year with the launch of Razr 2019, the classic flip phone’s rumored improved version could be a direct competition to Samsung Galaxy Z Flip 5G. Last year when Razr 2019 was launched, it competed against Galaxy Z Flip which was released on 14th February 2020. Both opened with mixed reviews from the critics and users but somehow Samsung Galaxy Z Flip ended the race with a win.

The latest version of Galaxy Z Flip just got launched on 7 August and is already in the market. The phone has gone one step ahead with the technology to give a taste of 5G to its customers. However, 5G is still a work in progress but is expected to knock cellular doors till the end of 2020.

What Can Be Expected With Rumored Razr 2 By Motorola? 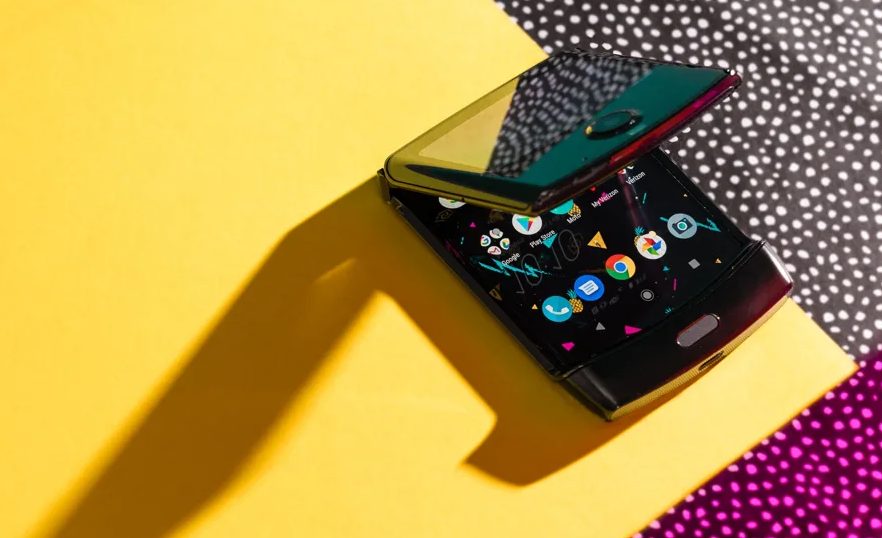 According to the grapevine, the renewed Razr 2 is going to be 5G enabled and will boast Android 10 which is the latest version of Android. The primary screen size is expected to remain the same i.e. 6.2 inches.

The other specifications include the RAM size and internal memory which will be 8GB and 256GB respectively. The latest smartphone is expected to boast Qualcomm Snapdragon 765 SoC, a 2485 mAH battery, 48MP back, and 20MP front camera, an unchanged outer display if 2.7-inches.

The first variant of Moto Razr was launched way back in 2004 and revolutionized the mobile world at that time. Owing to its unique appearance and thin profile, the phone was initially marketed as a fashion phone. Flip phones were just instigated in the market and that time and Moto Razr’s four-year run was made it one of the most popular in its segment.

Leading up to the release, the phone was marketed until July 2007 and was succeeded by Motorola Razr 2 with models V8, V9 and V9m. However, Razr 2 was unable to hold enough masses as the original series did.

Ever since Android took over the mobile market, Motorola found it really tough to maintain their feet. In October 2011, Motorola resurrected the Razr brand into Android by launching the Droid Razr for Verizon Wireless and Droid Razr Max. However, the Razr appeal declined at an extensive rate leading Motorola to drop behind Samsung who boomed in the presence of Android.

Having shed away for almost 6 years, Motorola’s quest to revive itself started on November 14, 2019, when they yet again came with their Razr brand with a twist. This time, Razr was a foldable smartphone which was again the first of its kind.

Razr 2019 encountered mixed reviews at the time of its launch. The striking points which got defamed were the price, camera, and poor battery life. A smartphone costing over 1,20,000 and offering 16MP and 5MP camera is something which should go against them.

Drawing comparisons to its biggest competitor Samsung Galaxy Z flip, Razr 2019 lacked in many fields and shortly they were yet again in deep waters. On repairing front, Razr 2019 posed many challenges and was deemed as a phone tough to repair. iFixit one of the renowned gadget repairing company gave the Razr a repairability score of 1/10, deeming it “the most complicated phone-based contraption we’ve ever taken apart.“

Motorola must be in immense pressure ahead of the launch of its latest acquisition Razr 2. The reason being the lackluster launch of their classic phone last year. However, Razr 2 could be a blessing in disguise as it might help Motorola and its users to forget last year’s debacle.

The Lenovo-owned company is in desperate need of one such device that stamps their reckoning in the smartphone business again. As of now, things look gloomy but who knows Razr 2 might turn out as a revelation.