Top 10 Virtual Reality-Based Applications You Must Know in 2020

The concept of fooling your brain to the extent where it experiences bliss and delight while it has been physically confined in a controlled, regulated environment can be vaguely termed as Virtual reality.

No, this isn’t a scene describing sci-fi type alien abduction. Nor this implies a dark experiment being conducted on humans tied on a table deep into the dungeons.

Virtual reality innovation is making its mark and carrying with it some profitable uses for organizations. Regardless of whether it is vehicle creators, in networks, instructive establishments or assembling units, they are for the most part receiving VR (Virtual reality) as another chance to associate with their clients and construct connections.

Here Are 10 Best Virtual Reality-Based Apps One Should Check Out:

Watch the famous Monalisa painting, while you cozy up on your couch. Visit exhibits, zoom-in on famous works of art, and browse thousands of stories, photos, videos and manuscripts with Google Arts and Culture.

There are more than 1,200 museum, galleries, and institutions in 70 countries listed in the app.

Geography nerds, this app is for you. If flying around the planet like a superman was your dream, download this app now. You can also use the quick-nav menu to visit landmark sites like the Pyramids of Egypt or the leaning tower of Pisa.

App also has animations and sound distractions from the virtual audience.

Discovery VR app lets you explore some of your favorite content from ranging from various documentaries and series in fully immersive 360° video. Dive into the bottom of the ocean or experience the wilderness of thick forests. The app also provides information about various aspects along the way.

Within VR is one of the best launchpads for immersive content. It puts you right into the center of all the action. It lets you explore and feel the worries and wonders of the world; everything from a first-person perspective.

Experience the inexperienced. Enter the terrifying yet wondrous world of ocean. They have 12 huge open habitats to explore at your whims and fancies. Swim with dolphins, manatees, sharks, and more

It also provides a therapeutic experience if you want to simply sit back and relax while the little fish swim past you.

Revisit the famous 1971 Moon landing on your smartphone. Experience everything from the rumble of the spacecraft, the descent to the surface, the walk on the moon like astronauts did, and everything else you can imagine doing as an astronaut

And, you can even drive the Lunar Rover!

You are a Resistance agent on Jakku, a desert environment from ‘The Force Awakens’ in this app. The app also introduces an AR character that comes to life after one scans the special movie poster.

9. Need for Speed: No Limits VR

This is like Need for Speed on drugs! The game simply becomes stunning with an immersive experience. With superb graphics, NFS brings a high level of graphics from smartphones to VR.

The plethora of technical talent behind YouTube and the online behemoth, Facebook are pouring in a gigantic amount of VR based content. A list of best VR based apps cannot be complete without YouTube. There are numerous videos where YouTube has embedded the VR option which switches the video to VR mode in an instant.

The market for Virtual Reality apps is flourishing. This is the correct time to be in the VR environment. Get in touch with a reputed virtual reality app development company and bring your VR app to life.

Previous Post Why Wearable Technology is the Next Big Thing in Tech-World?
Next Post Role of Blockchain Technology in Mobile App Development in 2020 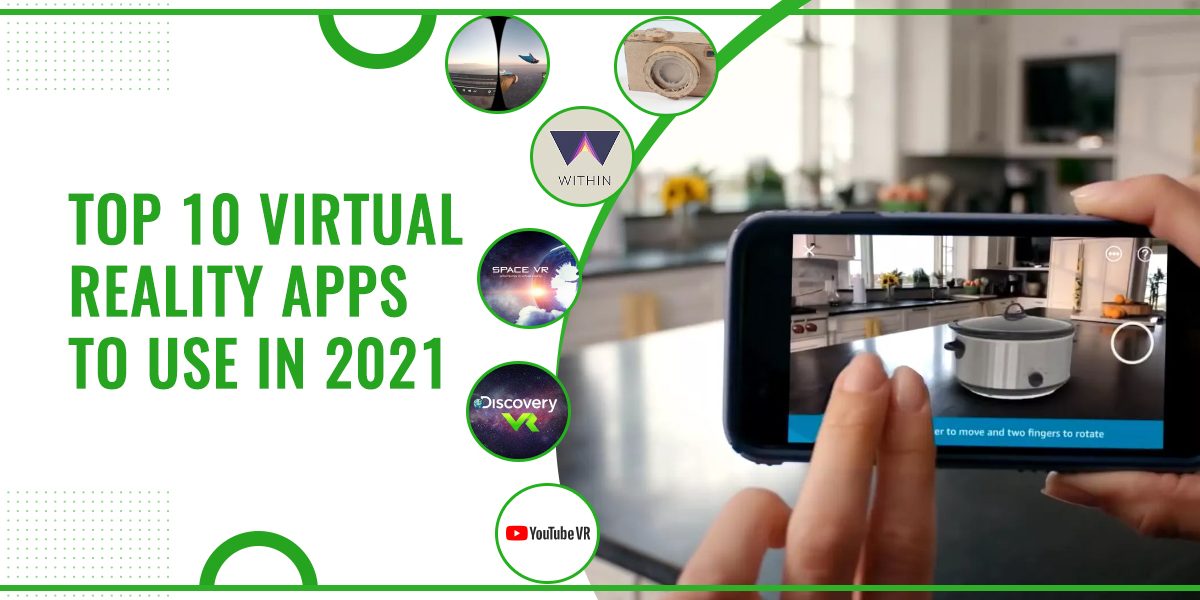