By the end of 2017, Smartphone web traffic beat desktop traffic for the first time. From that point forward, we have been living in a world of mobile and technology, and mobile usage has boosted.

One issue—some blog posts on mobile advertising and usage statistics are awfully obsolete. Recommending the adoption of digital technology is boosting at a consistently expanding rate, things have changed since 2017.
Here I have mentioned 50 most looked Mobile App Usage Statistics 2020 to guide your marketing strategy in 2018 and beyond.

Know the 4 most essential questions users will ask about mobile app statistics!

Let’s answer your questions with the help of these stats –

1. Users now spending over 5 hours on their Smartphones every day and a recent survey by AdWeek has found that 88% rise yearly in the time spent watching videos on mobile phones.

2. According to the report by CIODive in 2018, around 70% of web traffic found on mobile phones

3. According to the report by BrightEdge in 2017, approx 57% of all online traffic of the United States now comes from mobile phones and tablets.

4. According to Statista, in the year of 2017, 95.1% of active user accounts of Facebook have accessed the social media network through a mobile phone.

6. According to the Wall Street Journal, around 85% of users spend their time on Twitter is on a Smartphone.

7. According to Fortune in 2017, around 60% of traffic comes from LinkedIn on Smartphone devices.

9. 51% of users said that they use Smartphones to find out new products and brands, said by BrightEdge in 2017.

10. 69% of mobile users stated that they would love to buy new products from firms with Smartphone websites that simply address their queries or concerns said by BrightEdge in 2017.

11. According to research by Consumer Technology Association in 2015, people own mobile phones more instead of toothbrushes.

12. As per the research by Google in 2017, around 89% of users are likely to suggest a brand subsequent to the positive brand experience on Smartphones.

13. As per Google, people have 2 times more interactions today with brands on smartphones than anywhere else—that involves in-store, TV, and so on.

14. 46% of users said that they would not buy from a brand another time if they had a bad mobile experience as per Google in 2017.

16. According to the SocPub, around 57% of people said that they won’t suggest a business with an inadequately constructed mobile site.

17. Research by eMarketer in 2018, U.S. people are spending approx 3 hours and 23 minutes on non-voice Smartphone media.

18. According to the Smart Insights, applications report for 89% of the time in mobile media, with the other 11% time spends on web portals.

19. According to Google, 80% of mobile users are more likely to buy from companies alongside mobile websites or applications that enable them to answer their questions easily.

20. According to Google, more than 51% of mobile users have found a new organization or product while organizing a search on their phones.

21. According to the Facebook, 94% of users in a FB survey (of one million people) have a mobile phone on hand since watching TV, and people focus on the TV around 53% of the time.

22. As per the research by comScore in 2018, Millennials’ Smartphone utilization has eclipsed its live TV usage.

23. According to Facebook, amid TV shows, users paid attention to the Smartphone 28% of their time, and throughout TV ads, they paid attention to smartphones over the half time. The user’s ages from 18–24 looked at their mobile phones around 60% of their time during TV ads, and user from the age of 45 and more have spent their 41% time.

24. According to Google, in the recent 2 years, videos alongside the word “review” in the title had over 50,000 years worth of watch time on smartphones alone.

25. As per Google, watching time with video title ‘Does it Work’ grew by over 11X in the recent two years as users seeking visual proofs for the products they are watching are worth it.

26. As per the Ooyala report, over 50% of videos are being watched on Smartphones.

28. According to Google, Mobile phones can fast-track time to buy around 20% throughout helping the efficiencies in selection and increased team collaboration, especially with more multifaceted purchases.

29. As per Google, more than 40% of online transactions have been done on a Smartphone.

30. According to Google, a mobile search associated with the “same-day shipping” has grown more than 120% from 2015.

31. According to Google, almost 2/3 of mobile users are more likely to buy from organizations whose mobile websites or applications customize info to their position.

32. As per Google’s study, mobile users are 50% more likely to purchase something instantly while using their mobile as compared to a year before.

33. According to Google, 91% of mobile users purchased or plan to buy something after watching an ad as relevant.

34. When users have a worse brand experience on Smartphones, they are 62% less likely to buy from that particular brand in the near future.

35. Google said, around 70% of mobile users who purchased something in a store first turned to their Smartphone for info about a purchase.

36. According to Google, 35% of people who’ve done research on their mobile phones are spending more than they expected in the store.

37. According to the report by IDG Global Solutions, around 80% of B2B executives research about the products or services on the tablet in the evening.

38. According to the Boston Consulting Group, approx 80% of B2B buyers are accessing mobile at work.

39. The Boston Consulting Group reported that, over 60% of B2B buyer’s account that Smartphone played a major role in a previous purchase

40. According to the report by IDG Global Solutions, the greater part of senior executives (92%) owns a mobile for business, around 77% reporting they use their mobile to search a product or service for the business. Whereas (93%) go on to buy that product throughout the Internet using a desktop or laptop, 50% of users have bought IT products for business accessing their mobile, around 13% reporting to buy between $1,000 to $4,999.

41. As per Google, Mobile utilization per B2B executives is expected to enhance from 2 hours a day to 3 by 2020, determined by millennials, Generation Z, and the enhancing use of mobile devices by older workers.

42. According to Google, Mobile influences or drives over 40% of revenue in top B2B firms.

44. Boston Consulting Group reported that Mobile marketing can speed up time to B2B purchases by 20%.

45. Over 90% of users reporting a greater mobile experience said that they are likely to purchase from the same seller again, as compared to 50% of those users who had a worse experience.

The State of Mobile Advertising

46. According to the marketingLand, by the end of 2019, mobile ads are expected to characterize 72% of all United States digital ad budgets.

47. According to the Boston Consulting Group, people spend around 25% of their whole online and offline media usage time on their smartphone, bet advertisers just allot 12% of their spending on mobile phones.

48. According to Google, the top marketers are over 3X as compared to the mainstream to be constantly raising their investment in mobile user experience.

49. According to AdWeek, 87% of Facebook’s ad profit comes from Smartphones.

So, these are the top 50 stats for mobile app growth strategies and success. I hope the year 2020 will come with lots of opportunities and success. If you have a brilliant mobile app idea or you are a startup and looking for the best Mobile Application Development Company, you can find the best one on the web. Also, if you found this post interesting and valuable, do share your feedback in the comment section. 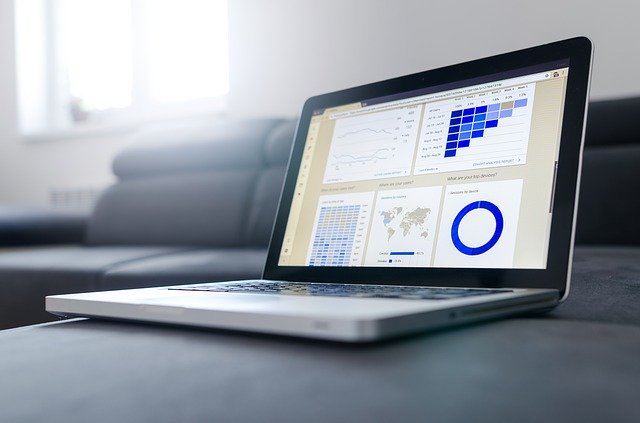